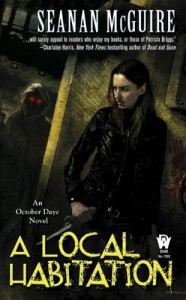 I'm listening to the audiobook. I also have the paperback.

Wow, was the book book depressing or what!

All of these vital, seemingly immortal people dying. To me there was way too much focus on whether people were alone or not. The two people that were the bad guys, the author was trying to get to you sympathize with at least one if not the other but I just couldn't get beyond the fact that they were bad guys. In fact, the whole staff/residents at the fairy mound or whatever were pretty much bad, at least to me.

I don't need a HEA to like a book, so even though it was depressing I still enjoyed the book. I'm listening to the rest of the series.
Tweet
3774 BOOKS