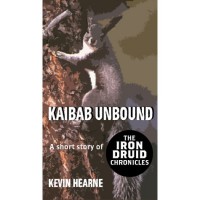 Lauren's husband left her for her good friend with whom he'd had affair for 5 years. She sold everything and just wants to escape to a place in the middle of nowhere. She ends up in Carnal, Colorado working as a waitress. Her second day there, she meets her boss Tate, who is a super hunky biker/bar owner/bounty hunter, and walks by while he's telling the other co-owner that she's a "sorry-ass, old, fat, suburban bitch" and then days later said he wasn't mad at her, he knew she was listening and then told her to get over it. I loved how she responded because it's so true, “I’m stewing on it. I hear you say those words again and again. So much, I can’t get to sleep at night. So much, they come to me in my sleep and wake me up. But you said them, I heard them and those are the consequences. No taking it back, no shaking it off, no letting it go. It happened. I deal and move on and maybe you’d do me the courtesy of shutting up about it.” That's exactly how people respond to something so hurtful, you hear it over and over. That part made me cry, it was so painful.

And then that's my problem with Tate, I, not Lauren, just couldn't get past that. I don't care how wonderful he ended up at the end of the book, it was such a horrible thing to say to someone that he could tell was vulnerable and hurting. I don't like cruel people and that was cruel.

Later he tries to and eventually does make it up to her, while the town is trying to figure out who is horrifically raping and murdering young women in town and around their area. Lauren finds a home in this town and makes friends with people because she is a nice person. She also finds out after years of living with an idiot husband that always made her feel she wasn't good enough, that she was better than good enough, she's great. And I also loved that she was an older woman, 42 years. Nice to mix it up with the heroines.

Wonderful story, my first time reading this author. I guess this is book #2 in this series, so I'll search for book #1. I would definitely recommend this book.
Tweet
3774 BOOKS